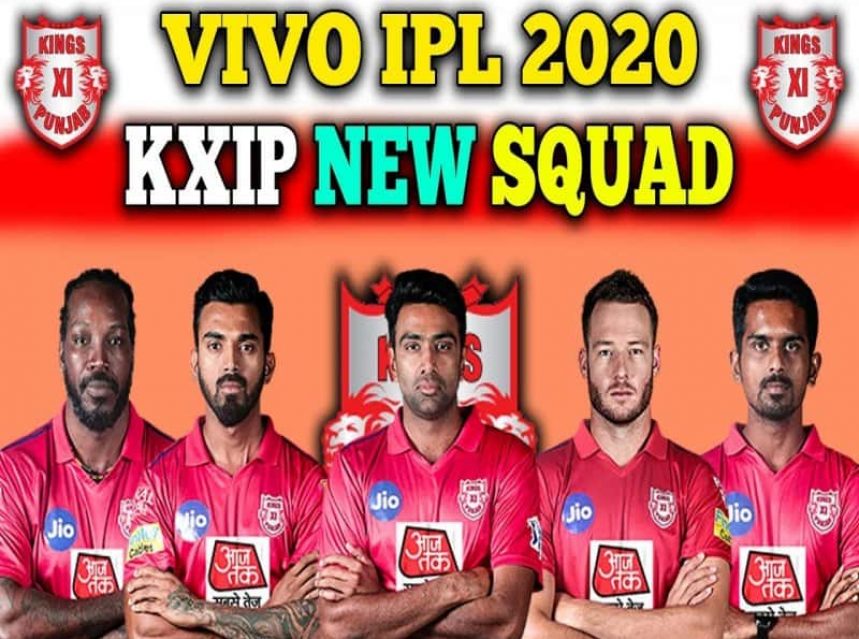 During the IPL 2019 auction, the King’s XI Punjab franchise bought the Tamilnadu Spinner Varun Chakravarthy for a huge price of Rs. 8.4 crore. However, Varun not only had limited opportunities but also failed to perform up to the expected level. Also, he met with an injury. Ahead of the IPL 2020 auction, King’s XI Punjab franchise has released spinner Varun Chakravarthy. The other players who are also released by the franchise this year are Andrew Tye, Sam Curran, Simran Singh, David Miller, Moises Henriques and Agnivesh Ayachi.

This year King’s XI Punjab has retained KL Rahul, Karun Nair, Mohammed Shami, Nicholas Pooran, Mujeeb ur Rahman, Chris Gayle, Mandeep Singh, Mayank Agarwal, Hardus Viljoen, Darshan Nalkande, Sarfaraz Khan, Arshdeep Singh, Harpreet Brar and Murugan Ashwin. Also, Jagadeesha Suchith and Krishnappa Gowtham are brought in to the team during the trading window. As a result, now King’s XI Punjab has 16 players in its team. The minimum squad size for IPL is 18 and the maximum is 25. There should not be more than 8 overseas players in a team. Hence in the forthcoming auction, the franchise can bring in 2 – 9 new players. Priety Zinta is the owner of King’s XI Punjab franchise.

Why David Miller Is Released?

While retaining Chris Gayle in the team this year, King’s XI Punjab has released the South African batsman David Miller, the English batsman Sam Curran and the Australian pacer Andrew Tye. David Miller played for King’s XI Punjab for the past eight seasons and scored 1850 runs in 79 games with a strike rate of 138.78. According to Ness Wadia, co-owner of King’s XI Punjab franchise, David Miller informed about his decision to leave the team and the franchise owners respected his decision. Ness Wadia recalled that David Miller was an iconic player for King’s XI Punjab. The franchise bought Sam Curran in the IPL auction 2019 for a whopping Rs. 7.2 crore and released him this year. Curran who is a left-hand pacer took a hat-trick in IPL 2019. The franchise bought the West Indies player Chris Gayle in IPL 2019 auction for Rs. 2 crores, his basic price. Twice Gayle remained unsold. The franchise has decided not to release Gayle since he is a champion player. This year Ravichandran Ashwin was traded out to DC by King’s XI Punjab and in return they got Rs. 1.5 crore and also the spinner from Karnataka Jagadeesha Suchith. Among the 16 players who are in the team at present, there are 5 batsmen, 7 bowlers, 2 wicket-keepers and 2 all-rounders.

The Indian off-spinner Ravichandran Ashwin was the Captain of King’s XI Punjab team during the IPL 2019 season. But, Ashwin will be playing for DC in IPL 2020 edition. In the last two IPL Cricket Matches seasons, Ravichandran Ashwin won 12 games and lost 16 games. The Karnataka born batsman KL Rahul is most likely to become the Captain of King’s XI Punjab for IPL 2020 edition. Rahul took 659 and 593 runs in 2018 and 2019 respectively and has been the top-most scorer of runs for King’s XI Punjab. In 2019 Rahul hit his maiden IPL century against Mumbai Indians in the match played in Mumbai’s Wankhede Stadium. In the 19th over, he smashed all-rounder Hardik Pandya for 25 runs with 3 sixes and 1 four. As a wicket-keeper also Rahul performed very well.

Who is the coach of Kings XI Punjab?

Who is the owner of Kings XI Punjab IPL Team?

Which is the home ground of KXIP IPL Team?

Who is the fielding coach of Kings XI Punjab?

Who is the batting coach of Punjab IPL Team?