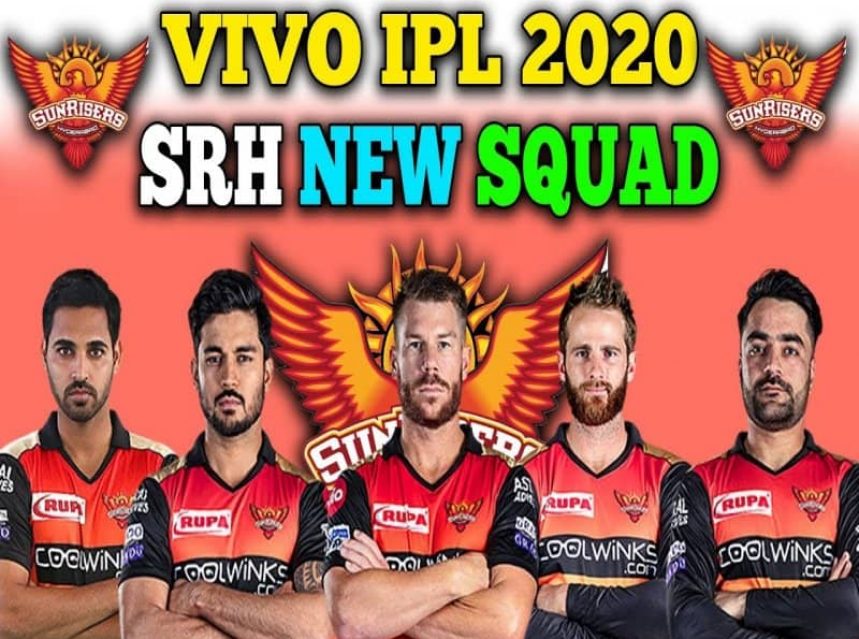 Sun Risers Hyderabad won the IPL title in the 2016 season under the stewardship of David Warner and Tom Moody. SRH franchise is hopeful of bringing back the form they had in the 2016 edition of IPL for IPL 2020 season. After 2016 SRH could not win the IPL title though in 2018 they reached the final but lost to CSK in the final match. It is expected that David Warner will return as the Captain of the team for IPL 2020 edition and Tom Moody also will be back as the team’s coach. Warner was banned from playing in the IPL 2018 series and though he played in 2019 he was not made Captain of the team.

Ahead of IPL 2020 auction, SRH franchise has released Shakib al Hasan, Yusuf Pathan, Martin Guptill, Deepak Hooda and Ricky Bhui. The six batsmen retained by SRH this year are S Goswami, W Saha, J Bairstow, Kane Williamson, David Warner and Manish Pandey. The franchise has also retained three all-rounders – Vijay Shankar, Abishek Sharma and Mohammad Nabi. The bowlers retained by SRH this year are Rashid Khan, S Nadeem, Bhuvaneshwar Kumar, Sandeep Sharma, T Natarajan, Siddarth Kaul, Khaleel Ahmed, Billy Stanlake and Basil Thampi. In the IPL scenario, SRH is a relatively new franchise and is owned by the SUN TV Network. In IPL 2019 season SRH finished fourth and this will encourage the players to be more competitive in the forthcoming season of IPL. In the forthcoming IPL auction, SRH may have to fill seven slots out of which five slots are for Indian players and two slots are for foreign players. For IPL 2020 auction, SRH will be carrying Rs. 17 crore in their kitty.

Manish Pandey, Vijay Shankar, Rashid Khan, Mohammad Nabi, Jonny Bairstow, and Bhuvneshwar Kumar are the star players who have been playing for SRH and all of them are retained this year also. In the 12th edition of IPL, David Warner was the top scorer with 692 runs. Warner hit 1 century and 8 half-centuries to his credit. Previously, the cricketer from New Zealand, Kane Williamson was the Captain of SRH. Under the captaincy of Kane Williamson SRH performed exceedingly well and could reach up to the finals. In that entire season, the only team they could not win was CSK. In the final match they lost to SRH.

SRH has the reputation as a consistent team in IPL and they often enter the play-offs. Since they have won the IPL title once they are eager to regain their glory. The SRH franchise will be trying for a few excellent buys in the forthcoming IPL auction in order to make the team much stronger so as to win the title again. With a purse of Rs. 17 crores they can make a few smart bargains in the IPL 2020 auction. SRH franchise will be in search of new players who will be able to add value to the team. The franchise will utilize the amount they have to make a few prudent purchases instead of spending the money for big buys.

Who is the captain of Sunrisers Hyderabad?

Who is the coach of Sunrisers Hyderabad?

Who is the owner of Sunrisers IPL Team?

Which is the home ground of Sunrisers Hyderabad?