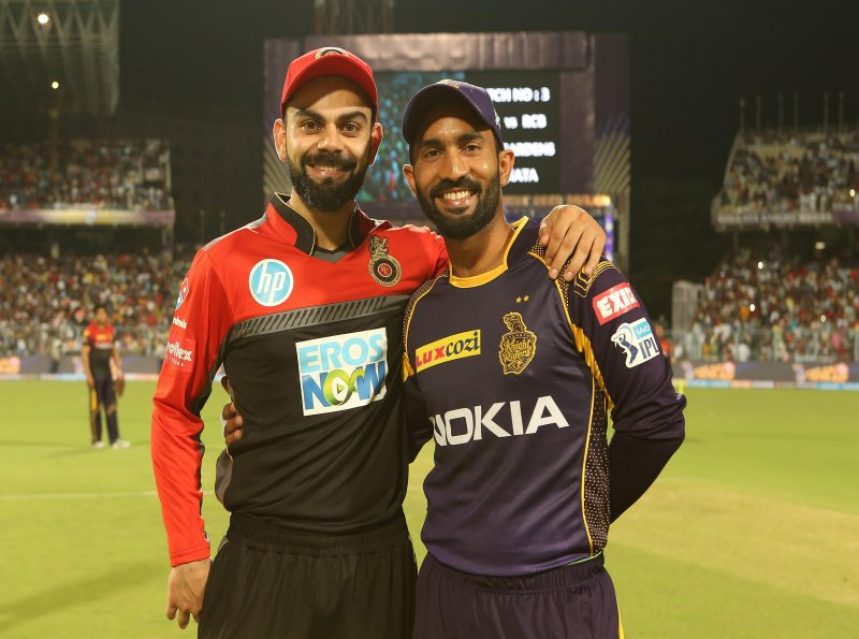 The Kolkata Knight Riders and the Royal Challengers Bangalore Indian Premier League teams met 24 times “head to head” from the 1st season of IPL to 12th season of IPL so far. The KKR team have won nearly 60% of games against the RCB team. Whereas the Royal Challengers have won nearly 40% of T20 games which they have played against the KKR team. The following infographics and the table shows the overall comparison and IPL stats of RCB Vs KKR.

The Kolkata Knight Riders were very strong in the IPL 2008 and they have won all the IPL cricket matches against the Royal Challengers Bangalore in that season. They both have played two league stage matches on 18th April and 8th May in Chinnaswamy Stadium and Eden Gardens. The first victory of KKR came by a huge 140 runs margin and the next one came by 5 runs difference.

In IPL 2012, the Royal Challengers Bangalore IPL team met Kolkata Knight Riders team and played 2 “head to head” IPL matches. This time, KKR have won both the IPL T20 cricket matches on 10th April and 28th April by 42 runs and 47 runs margin. Both KKR and RCB team have got 1 game and have lost 1 game in the IPL 2013 season.

The Kolkata Knight Riders again beat the RCB in all the IPL league matches in the IPL 2014 season. They have won the first league game against the Royal Challengers on 24th April and the second game on 22nd May 2014. In 2015 IPL, RCB beat KKR in both the IPL T20 cricket league matches by three wickets and seven wickets. Bangalore IPL team and Kolkata team have registered 50% victory in the IPL 2016 season by winning 1 game each.

IPL 2017 and 2018 the KKR Vs RCB became KKR’s side. The Kolkata IPL team have won all the games which they have played against the Royal Challengers. In the last years IPL 2019, The KKR have won the first IPL game by 5 wickets on 5th April and the next game was won by RCB on 19th April by 10 runs.