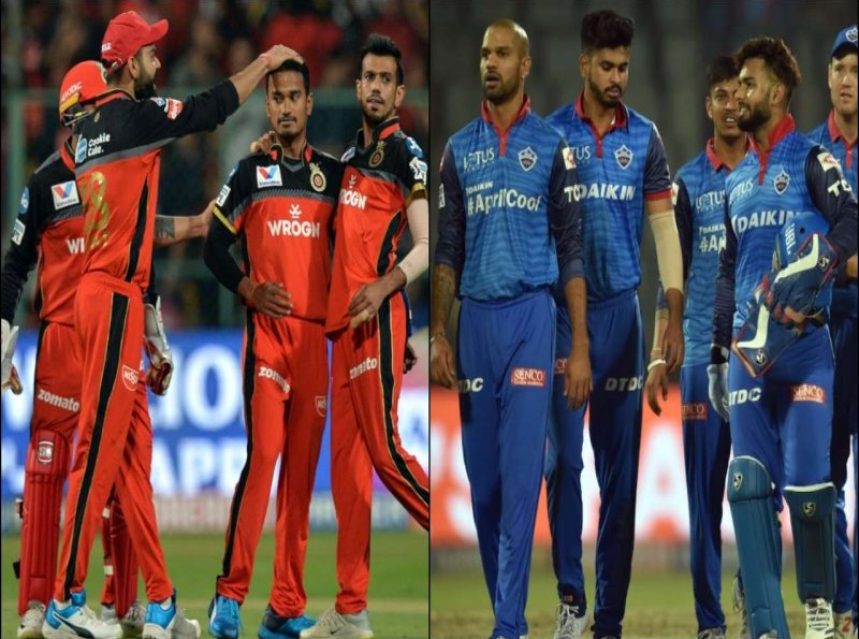 The Royal Challengers Bangalore and the Delhi Capitals have played 23 “head to head” matches from the start of IPL season to till date. Out of 23 matches, the RCB has won nearly 14 T20 cricket games whereas the DC have won 8 IPL cricket matches and 1 match went as “no result”. The following cricket chart and stats show the “head to head” encounter of DC Vs RCB IPL T20 games.

The Delhi Capitals won all the IPL games against the Royal Challengers in IPL 2008. These two IPL teams RCV and DC have played two IPL league games in 30th April and 19th May, the DC has won the first match by 10 runs and the other one by 5 wickets.

From IPL 2011 to IPL 2014, both the teams met “head to head” seven times, the RCB IPL cricket team have won all these 7 IPL games against the DC team. And in the IPL 2015, The first match was won by RCB by 10 wickets and the next match was abandoned due to rain.

The DC team were able to come back and register their victory against the RCB team in IPL 2016 only, they have won the first match between DC Vs RCB on 17th April in Chinnaswamy Stadium, Bangalore. The next game was won by Royal Challengers by 6 wickets on the same season on 22nd May 2016.

In the IPL 2019 season, the Royal Challengers Bangalore IPL team have lost all the T20 cricket matches against the Delhi Capitals. There were two IPL league DC Vs RCB cricket games in 2019. The DC has won the first game by 4 wickets on 7th April and the second game by 16 runs on 28th April.

Royal Challengers Bangalore Vs Delhi Capitals Head To Head In 2011